Thankyou for the proposal.

If I understand it correctly, it proposes to use 75% of the proceeds from realized gains to buyback/burn tokens in support of the token price.

If this is correct, I will not support this proposal.

My reason is MC was created as an investment vehicle, in a growth sector. And so the focus should be on maximizing that: invest and grow.

My support is to use 100% of proceeds to reinvest and compound.

IMO the community proposals are too focused on tokenomics, price supports, liquidity support… missing the ethos of this project.

The focus should be investing more and better. If we do that well, don’t worry the token price will follow.

I’ve opened a channel with you and your Shuttle class vessel. This is the Admiral Erik von Pumpson of the MC Enterprise - a Dreadnaught class warship. It took a while to open a communication channel, as you seem to be carrying a damaged B-01 tier radio equipment that we’ve not seen in many star cycles.

You are operating within neutral territory, so you are safe, for now.

I strongly advice you to read the two proposals again. The first one is related to what to do with the proceeds of Merit Circle’s revenue drivers e.g. investments, yields, trades, and so on. The second proposal has to do with the community budget, of which 75% of the unused tokens will be burned. You are mixing the two together, and this is incorrect.

I will converse with your Council of Elders to discuss this matter further. We will stay in touch. 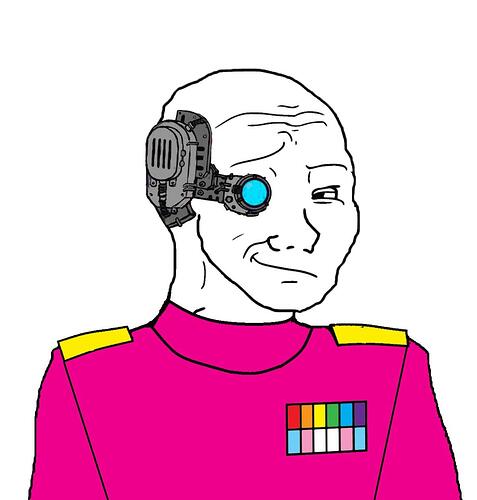 Hi, thanks for reaching out.

If my interpretation is correct, my original view remains, which is that I prefer to use 100% of funds to invest in growth, rather than just 25% and the rest for engineering to support price (both are totally valid uses, it is not criticism, but I am more long term supporter, and just prefer to give the DAO maximum ammunition for growth and compounding, and if we do it well the price will follow).

If my interpretation is not correct pls let me know.

-Proposal 2 relates to treasury tokens, the suggestion is to cancel 75% of them (with mechanics around it etc).

I’m indifferent on this one, since this doesn’t use funds that could go to investment (the way I understand it). If you ask me, the cleanest accounting is to burn all, and approve an issuance budget annually, say 5-10% max dilution a year, renewed every year by vote. This way is not a gigantic pot of tokens sitting there to give away, but an annual controllable budget, subject to anual vote (same as in a typical company).

Hope this clarifies, and again if I got it wrong I would appreciate someone to correct me, this way I learn.

Vote is up. There is no need to argue anymore. Its up to people now to decide and its going one way so far.

Post closed since the proposal has officially been accepted.

Thanks everyone for voting, much appreciated!