Updates on our DAO’s operations, including various information on our four verticals, can be found in our bi-monthly DAO progress update newsletters via Substack.

Our latest November 2022 monthly treasury report which provides a breakdown of the DAO’s financial activities can be found here.

We hope that the DAO’s community members, and other stakeholders, will find the below of interest, and that our post will encourage further friendly constructive discussions within the community.

Project Firebrand is a codename used to maintain confidentiality during fundraising. As informed in the proposal, the team is fully doxxed, a veteran 100+ person studio building a AAA Web3 shooter for PC and consoles. It is further emphasized that they have a successful track record in the PC/Console space, and that their past games have generated tens of millions of dollars in revenue.

Project Roadslide was a codename used to maintain confidentiality during closing of the fundraising. Following the proposal (MIP-18) passing, it was disclosed that Merit Circle DAO had partnered with and invested in Gameplay Galaxy and its ecosystem, a decentralized competitive gaming ecosystem that aims to revolutionize the mobile gaming industry. Gameplay Galaxy are behind the mobile gaming series Trial Xtreme, which has had over 250 million downloads. See here for further info on our investment and partnership with Gameplay Galaxy.

In our previous community update, there were two proposals mentioned which were subject to ongoing discussions at the time. On 17th August @doubleweb3 posted a proposal which proposed that the DAO, together with doubleweb3.com, develops an NFT security solution that should enable p2p NFT lending and have other attributes. On 25th August, @joebags proposed that the DAO allocates USDC 2 million to GLP, which is the liquidity token of the GMX platform existing on both Arbitrum and Avalanche. In this case, the proposal referred specifically to deploying on Avalanche.

Both of these proposals were more thoroughly covered in our previous community update and you can read about them in further detail there. As a result of lack of community support following discussions on both the governance forum and Telegram, none of the proposals moved to an official vote. Both threads have now been closed (which automatically occurs 30 days after the last comment on the relevant thread).

On 25th April 2022, @DaoCoreContributors opened up a thread regarding staking v2, where various components concerning staking were discussed. This thread in turn resulted in the holding of four official polls (see MP-1, MP-2, MP-3 and MP-4). Eventually, all of this resulted in MIP-19, which was a proposal seeking to implement a new upgraded staking module for our DAO, and to phase out staking v1.

This proposal was published on 14th September, and was - following community discussions - put up for vote on 20th September. The voting result ended with 99.99% of votes in favor of implementing a new staking module.

On 21st October one of the DAO’s most active community members, @SadCatCapital, put forward a proposal to burn 200 million MC tokens from the community incentives allocation. This proposal rendered vibrant discussions between community members within all DAO channels, including governance forum, Twitter and Telegram.

The proposal was put up to vote on 24th October and had a record breaking attendance, with more than 12 million MC tokens and 232 wallets participating in the vote, illustrating that the proposal was an important one for the DAO community members. The clear majority of 99.7% of the votes were in favor of the proposal. The 200 million MC tokens were burned on 2nd November, decreasing the capped total supply drastically. The total supply and overview of token burns can for instance be tracked here.

On 7th December @DaoCoreContributors put forward a proposal named “Merit Circle Grants”. Our DAO consists of large quantities of talented individuals all having their expertise in their respective fields. For the purpose of stimulating these individuals to step up and contribute to the DAO, the proposal therefore proposes that the DAO implements a grant system for our DAO, including appointing a committee consisting of DAO community members that may be altered through governance from time to time.

The proposal has been lively since being posted on the governance forum last week. The proposal was put up for vote on 14 December and the vote will be active until 16 December 5:19 pm CET. All community members are encouraged to review the proposal and to share their vote.

The proposal is still subject to discussion and everyone is encouraged to share their thoughts on how Merit Circle merchandise should be implemented and distributed within our community.

The above multiple governance topics have resulted in discussions, proposals and voting rounds, and illustrate that our community continues to be active, despite the recent adverse events in the crypto market. We hope to see continued strong momentum and activity within our community continue going forward as well.

As part of our closing remarks, we wish to remind everyone in the community of the important Transparency & Accountability section of the forum, where various forum threads from early stakeholders can be found. An overview of forum threads posted to date (with links to the respective forum threads) can be found here.

We hope that the wider DAO community appreciates these updates concerning Merit Circle DAO. Please feel free to leave a response to address any information that you believe was lacking or that you wish that we shed more light on. As we intend to provide such updates on a regular basis going forward, let us know if there is anything you want done differently in the future – we are as always happy to receive your feedback.

Thank you for the new December update.

This was quite an eventful quarter for the DAO! Not only did the DAO vote to make two of its largest investments to date, but the DAO also voted to burn 1/5th of the total 1b supply, and upgraded the staking dashboard to V2. We believe all of these proposals will have a long-term positive impact on the DAO.

It has been a difficult quarter, and a difficult 2022, for many market participants. Despite this, we still continue to have one of the most active DAOs across the cryptocurrency market. Our governance forum consistently features new proposals, as evidenced by the new proposals for MC merchandise and Merit Circle Grants. We were especially pleased to see the record-breaking number of MC tokens and wallets voting in the proposal to burn 200m MC tokens. The DAO will continue to build and position itself in the best possible position for the long-term.

We look forward to seeing what proposals are written in the coming months! 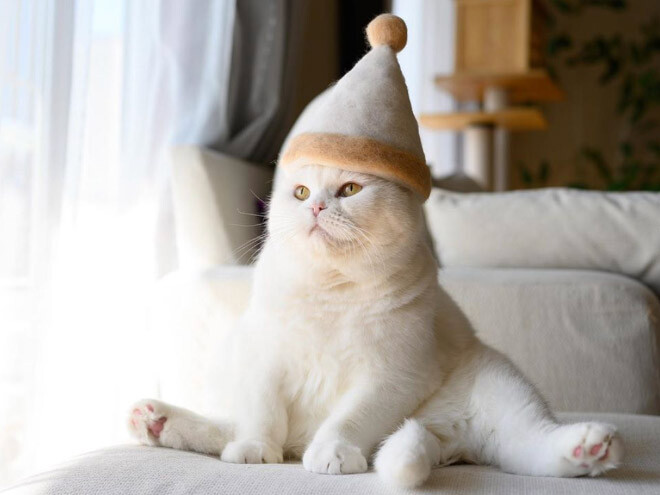